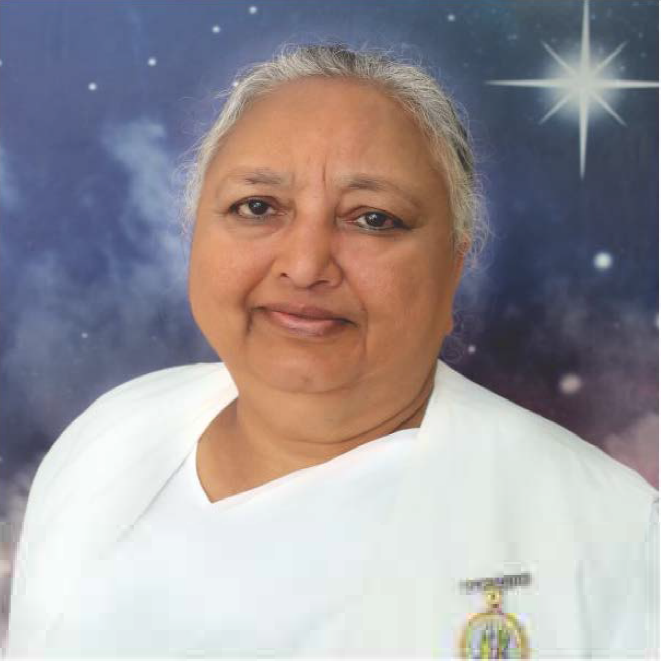 BK Chandru Desai has been teaching and practicing Raja Yoga Meditation for more than 50 years. In her early years as a yogi, she traveled extensively in India, arranging and attending spiritual conferences and teaching meditation. From 1972 to 1975, she lived in Africa and helped establish BK centers in Zambia, Zimbabwe and Kenya. In 1975, spiritual service led her to Canada where she founded centers in Vancouver and Toronto. In 1978, she was instrumental in establishing the first Brahma Kumaris center in the United States, in San Antonio, Texas. Now with 31 centers throughout the county, BK Chandru serves as the vice-president of the Brahma Kumaris World Spiritual Organization in the USA, and acts as the administrator for centers on the West coast. She is the director of the San Francisco Brahma Kumaris Meditation Center and the Anubhuti Meditation and Retreat Center in Novato, California. The retreat center opened in the June 2007 and offers seminars and retreats on mediation and self-development in a beautiful and serene environment. Desai continues to spread the message of peace and harmony through her travels around the world. One of the founding members of United Religions Initiative, the San Francisco Interfaith Council, and the Interfaith Center at the Presidio, BK Chandru is also active in interfaith programs nationwide.