“The BKs had absolutely no status, no money and no possessions; however, what they did have were hearts full of love for all souls.”

Who Are These People?

Have you ever heard of a spiritual group called the Brahma Kumaris? Would you be surprised to learn that the Brahma Kumaris World Spiritual University, based in Mt. Abu, India, has more than 1,000,000 students around the world?

Did you know that this educational institution is a respected Non-Governmental Organization at the United Nations and, for the last 33 years, has been advising world leaders on conflict resolution, environmental awareness and health issues? Are you aware that the BKs feed and care for thousands of people around the world every day, free of charge, that they do not and have never solicited funding from anyone, anywhere?

Who are these people, I wondered, as I made an arduous but wildly stimulating journey in 2003 to one of their three, that’s right, three sprawling campuses, one of which features an indoor meditation hall seating 25,000 people, in the northern Indian state of Rajasthan. I was about to be introduced to what I now call “the most extraordinary organization you have never heard of.”

I’m a writer/producer in the entertainment business. Following a 25-year career as an executive for broadcast networks and movie studios in Los Angeles, I now write and produce both television and theatrical motion pictures. In my capacity as a media professional, I was invited by the Brahma Kumaris to come to India and participate in a global dialogue exploring “Self-­Transformation as the Basis of World Peace.” Seemed like a great opportunity to visit one of the last countries on earth without a Starbucks!

Worlds away from the teeming, third world chaos of everyday life in India, in the mountain top resort town of Mt. Abu, within a large, modern complex of solar­-powered buildings where 400 full-time residents work and study, 66 distinguished visitors from 44 countries answered the BK’s “Call of Time” invitation. In a beautifully appointed, flower bedecked meeting room, I met an extraordinary group of fellow conferees including the National Security Advisor of the Island Nation of Mauritius; the Mayor of Victoria, the Capital City of the Seychelles Islands; a nun from Sri Lanka; the High Commissioner of Fiji; an internationally respected economist from Chile; the Brazilian Advertising Woman of the Year; a member of England’s House of Lords; a Thai entrepreneur who owns 32 businesses including an oil refinery; a leading American Journalist; a Senior Ambassador in Sweden’s Ministry of Defense; and several business leaders from Beijing. We all wondered, just who are our hosts, who in the world are these people?

“Just 14 years old, with little formal education, she insisted that her father take her on an extended tour of India’s many holy sites. She met with the foremost gurus, sages and saints of the day. She approached them all with the same query, “Who is God? Where is He? How can I find Him? How can I experience Him?”

The answer soon came in the form of a spiritual lighthouse. Dressed in a white sari, our hostess for this memorable event was then 89 year-old Dadi Janki, Administrative Head of the Brahma Kumaris and a member of the United Nations’ prestigious Keepers of Wisdom, an eminent group of spiritual and religious leaders. She glided into the room on the arm of her translator. We all stood with respect for this woman of obvious power and quiet dignity. Over the following five days, we were deeply inspired by her extraordinary story.

Born in northern India in 1916 to a philanthropic family of very high moral and religious standing, Dadi Janki’s childhood reflected a deep love for God, as well as an unswerving desire to serve humanity. Just 14 years old, with little formal education, she insisted that her father take her on an extended tour of India’s many holy sites. Dadi, the Hindi word for “senior sister”, met with the foremost gurus, sages and saints of the day. She approached them all with the same query; “Who is God? Where is He? How can I find Him? How can I experience Him?”

Dadi was 21 years old when she met a wealthy jeweler in Karachi, Dada Lekhraj, who had just founded the Brahma Kumaris World Spiritual University. The essence of his teaching – a profoundly simple but powerful path to inner stability and happiness through meditation-created connection to the Supreme, to God. At first sight, Dadi simply knew that this man was the instrument of the Divine that she had been seeking. A few years later, Dadi became part of BKWSU, surrendering her life, not to a guru, but to God. Dadi Janki was one of the original 16 women Lekhraj assembled to found the organization and forge its rapidly expanding vision of the future. Brahma Baba, as the founder came to be known, recognized that women hold inherent power as the creators and protectors of life, a revolutionary concept in India at that time, still quite stunning in the male dominated Indian culture of today. He soon vested control of his entire fortune and all administrative responsibility of the organization to those original women of BKWSU. By the early 1950s, Dadi’s own spiritual development had turned her into one of the institution’s foremost teachers, responsible for the establishment of BK meditation centers throughout India. The BKs had absolutely no status, no money and no possessions; however, what they did have were hearts full of love for all souls. Their eyes radiated light, sparking the enlightenment they’d been searching for their entire lives. In 1974, when she was in her late fifties, she arrived for the first time in London to begin a spiritual odyssey that would touch and transform the lives of millions of people around the world. She came to the UK without being able to speak English, carrying just a tiny suitcase. Staying in a small, terraced house in North London, she set the foundation of the Brahma Kumaris’ work outside India. Slowly but surely, the University’s service expanded across the UK and into Europe, the Americas and Australia.

After 10 years of holding daily morning meditations and classes at a local community center, the first custom­ built BK center was opened in London in 1979. In 1991, a UK retreat center was acquired near Oxford. Before long, multiple retreat centers were opened around the world. While most BK centers are established in the homes of regular students and teachers, a growing number of residential and purpose-built facilities have been built to service a wider international community including Peace Village Learning & Retreat Center in upstate New York, the Brahma Kumaris Learning Center for Peace in Watertown, Massachusetts and the Anubhuti Retreat Center in Marin County, California. In 1974, there were no BK centers outside India. Today, the Brahma Kumaris administer more than 9000 meditation centers in over 130 countries! After 79 years of absolute commitment to spiritual purity, 102 years young Dadi Janki still has no personal possessions, considering herself only a humble instrument for the Supreme. By her actions, Dadi invites us all to walk with her on the highest path. By her example, she demonstrates that it is possible to live an authentic spiritual life in a world of spiritual poverty. By her words, she inspires and enlightens all who meet her, as she challenges us to look deeply inside ourselves to realize who we are and what we need to do at this time. By the absolute purity of her heart, she inspires stability and strength while the world struggles in the chaos of transformation. With a childlike lightness combined with the wisdom of the deepest sage, Dadi Janki continually circles the globe, sustaining the students and teachers of the Brahma Kumaris World Spiritual University. Bringing a message of peace and a method of enlightenment to hundreds of thousands who attend her public talks.

So, why have we never heard of these people? Because, they are the real thing! The BKs do not promote themselves or solicit funding- simple as that- purity in action. I’m told that those who are meant to receive their message will find it. I will be forever grateful to the Brahma Kumaris for finding me, for providing the inspiration I was so fortunate to receive from Dadi Janki during our Call of Time conference in Mt. Abu. 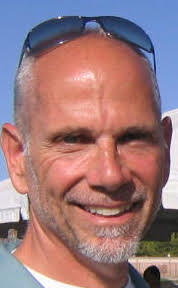 JOHN LEVOFF is a senior creative executive, producer and writer in the entertainment industry, with executive tours of duty at ABC Entertainment, Columbia Pictures Television, MGM Television and the United Paramount Network. As an independent producer, Mr. Levoff has acquired, developed, written and produced over fifty narrative motion pictures for HBO, Showtime, CBS, NBC and UPN. He produced HBO’s award-winning motion picture, THE LAST OF HIS TRIBE, the story of Ishi, the last wild Indian in America, starring Jon Voight and Graham Greene. He also produced the acclaimed drama, A FAMILY TORN APART for NBC, starring Neil Patrick Harris, which explores the devastating consequences of psychological child abuse. John Levoff co-produced SHAKA ZULU: THE CITADEL starring Karen Allen, James Fox and Omar Sharif. He has supervised the development and production of narrative films in multiple locations internationally, including Canada, Mexico, Africa, Europe, India and Australia. John Levoff has written and produced films for the United States Department of Defense, the National Security Agency and the National Counter terrorism Center. He most recently led the reality enhancement effort for the U.S. Army at the National Training Center, Ft. Irwin, California.